Home » Rituals of death around the world 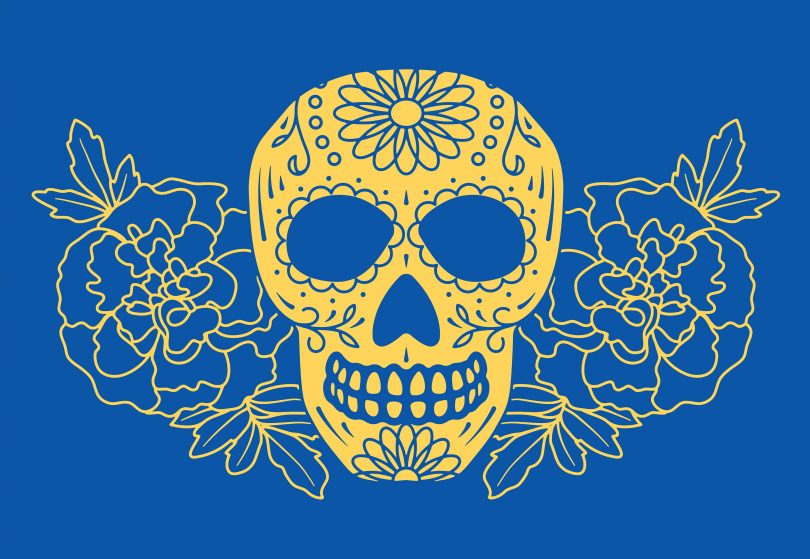 There are many cultures around the world that choose to celebrate the dead between late October and early November.

In the Western world, there is All Saints’ Day and in Mexico there is the Day of the Dead. The ancient Celtics celebrated Samhain and the ancient Egyptians would also have celebrated the beautiful festival of the valley at that time.

From an astrological point of view, in late October and early November, it is also when the Sun enters Scorpio, the sign of the zodiac associated with death and rebirth.

Moreover, from the point of view of numerology, the change from a 10-month to an 11-month number also means a time of increased sensitivity to spiritual realms and higher levels of consciousness.

It definitely seems that there is some importance at this time of year when it comes to honoring the cycles of death and deceased loved ones and being able to access the spirit world more easily.

Many of these ancient celebrations include the belief that on October 31, the veil between the living and the dead is the thinnest. This belief is observed during the Gaelic festival of Samhain and also of the Day of the Dead, whose roots go back to the time of the Aztecs.

Samhain translates as “end of summer” and was a celebration of the end of the year. For this reason, many rituals were conducted that incorporated the theme of death and rebirth, and in fact, many of these rituals were incorporated into what we now celebrate as Halloween.

Some of these death rituals during Samhain involve preparing food for the dead souls and organizing parties to honor the spirit world and thank them for the harvests of the year.

The Day of the Dead celebrations in Mexico are also a time of year when it is thought that deceased loved ones can return to Earth to bring blessings to their families.

Festivities are celebrated and families create special altars with photos of their beloved as they celebrate their return to Earth.

There are similar festivals such as these around the world, but it is interesting to note that many death festivals in the Americas take place in October and November, but in Asia, almost all their celebrations take place around August and September.

It seems that there may be many periods of the year when the veil is thinnest between this field and the realm of minds. It may also be that location can play a role in the ease of access to these different areas.

While many people still celebrate festivals like Samhain and the Day of the Dead, there are also many people who don’t. In fact, the Western world is truly one of the only cultures that does not celebrate death.

Even Halloween, which developed much of its roots from Samhain, was watered down and became a day focused on candy and costumes, rather than celebrating the idea of death.

Death in the Western world unfortunately remains a very taboo subject, and the idea of distributing food to loved ones or celebrating their return to Earth is not widely accepted.

However, there is a growing awareness of invisible worlds, and also a growing need for healthy attitudes around death.

Celebrating death also means celebrating life, and honoring and thanking the deceased souls who touched your life and the life you are blessed to live.

If you have death rituals in your culture, this can be the perfect time of year to embrace them and start introducing them as part of an annual spiritual practice. If not, consider adopting traditions or ideas that you like.

Here are some ideas:

Light a black candle to help honor the darkness that is part of the life c
ycle Clean and free objects from your space/closets you no longer need N
ote what you want to free from your life and burn it in a bonfire
Cooking your deceased’s favorite meal or lighting a candle in His
Honor Thank you and gratitude for the gift
of being alive Meditate and connect with your spiritual guides or
loved ones in paradise Celebrating death is something we must do at ease, so why not use this time of year to honor and remember life and death cycles. After all, it’s the circle of life, and it moves us all…