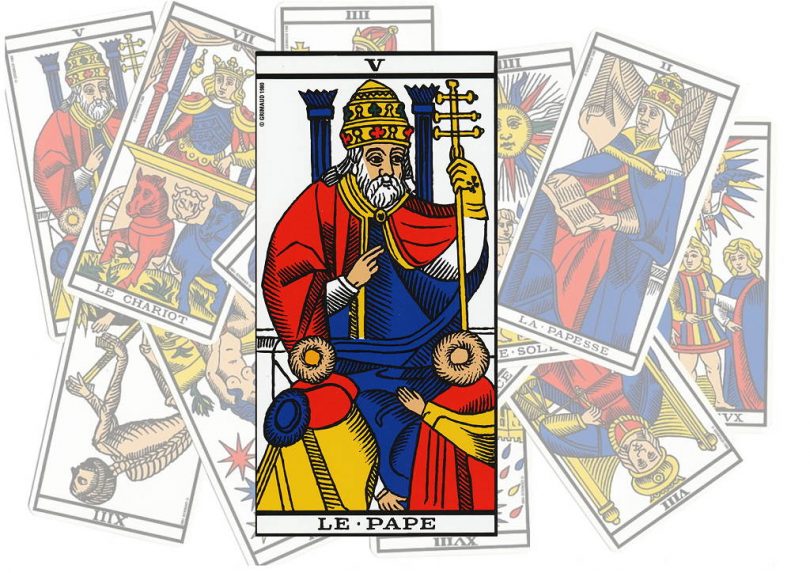 On this map we see a man on the throne, traditionally holding the world in one hand and a scepter in the other.

He is a sovereign and therefore possesses the traits: dominance, power and authority.

This map represents traits associated with masculinity, which is why it is called the patriarch of the tarot.

The emperor is one of the major arcana, which means that the events with which he is associated are a great change of life to come, a catalyst of events that have happened or the direct influence of what the person read is currently living in his present. Life.

Major Arcanes cards are the heavy hitters of the tarot and must always be taken into account, especially one as dominant as the Emperor.

When this card appears in your reading, it is important to decide first whether it represents the one being read or another person in his or her life.

Have you been appointed to a new position at work? Is there anyone in your life who has taken on a mentoring role, much like a father’s?

In any case, the Emperor is a good sign that there is or will be a change of power, which could be good or bad depending on the nature of your reading.

Meaning of the Emperor’s map at the place

This map can mean a variety of different things in its vertical position depending on its position in the reading and surrounding maps.

The emperor in a past position often means an event in which an authoritarian figure played a major role.

This will be the direct influence on the subject of the current dilemma of reading.

In a current position The Emperor is interpreted as the person read who has acceded to a position of authority or responsibility, or that he is currently under the influence of a figure of authority.

If the Emperor means the person being read, it could mean that they have literally taken a leadership position or that they have assumed a position of authority in their romantic or personal relationships.

Being a shoulder to lean on and the giver of advice in a relationship is great when warranted, but it is important to decide whether this role is healthy for all parties involved.

The emperor in the future position is a strong sign that the person read will ultimately be responsible. This is a positive indication that they will soon find themselves as a single decision maker in a situation.

Work and the Emperor

If you’ve been working on a promotion, The Emperor shows that your hard work is about to pay off. This card clearly indicates that you will get what you worked for.

If you have not worked on a promotion or salary increase, the Emperor is also a good omen for new opportunities.

If you’ve taken long hours, you’ll be enjoying it soon.

Love and the Emperor

For new relationships, the Emperor is a good sign. It denotes stability and security.

It is possible that this relationship will be established for the long term, as long as both parties respect their responsibilities to each other and the roles they play within the relationship.

The emperor could mean that one person in the relationship has more power than the other. It is not necessarily negative.

It is important for the person being read to determine if this situation works for them.

The Emperor and The Finances

The emperor is assured that your financial future will be stable.

If you are considering making another important financial decision, now is the time to do so.

The meaning of the healthy emperor

If you have health problems or are afraid of getting sick, this is a good sign.

The emperor says your health will be fine.

Depending on the maps around it, it could also tell you to take the time to relax if you find yourself under a lot of pressure.

The Emperor in an inverted position

The emperor in an inverted position causes trouble. It could be the person being read or someone they know who is abusing their position of power.

In some cases, the Inverted Emperor is a sign that standing up to authority is a good idea, but be sure to pay attention to the surrounding maps in the rest of a spread to determine the consequences of this action.

The Emperor’s map and his combinations

The emperor has the strongest connection with the temperance map. When these two show up in combination, they show a high level of self-control and willpower.

Appearing with The Devil is a strong indication that someone in your life is abusing the power he has over you and that if you don’t solve the problem, you are heading for a crisis.

In combination with the Four Cups, the Emperor is too closed-minded and it is advisable to try to look at the situation from a different angle.