Home » What death Doula can teach us about life 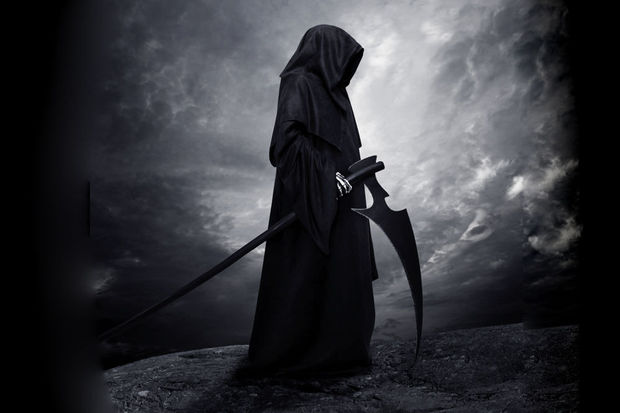 What do you do if you are diagnosed with a terminal diagnosis? Who do you talk to when doctors say you only have a few months to live?

Unless you have been there yourself, it is hard to imagine what these words stir in you. Perhaps a combination of fear, disbelief but also peace.

We’re all just here for a temporary trip, but sometimes it’s easy to forget that. We move forward, lose sight of the end of the game and begin to focus on life and all its material possessions.

It is only when death strikes that we pause to pause and think – Have we done enough? Have we lived a life that has given us meaning?

We’re all going to die one day. We will all transmit and transcend this earthly kingdom, it is just that some people are more aware of it than others.

If you or a loved one has been diagnosed or are facing death, there is someone you can turn to, someone who is trained to help not only emotionally and physically, but also spiritually – a Doula death.

The work of a Death Doula stems from an ancient shamanic practice that consists of helping not only the mind and body to prepare for death, but also the soul.

Ashley Brothers, a practicing Death Doula, describes her role as a spiritual counselor, guide, companion and soul driver who helps them move from this reality to the afterlife.

I had the pleasure of chatting with Ashley and was curious to know what had led her to walk on the path of a Death Doula. It turns out that facing her own death is what catapulted her to the service of souls who are preparing to return home.

Ashley was an intuitive medium born, but her gifts were never nurtured when she grew up in a violent home. This put her on a path of depression and low self-esteem, and eventually she found herself in an abusive relationship as well.

After years of abuse and after her mother’s death, Ashley prayed that her own life would also be taken away from her. She did not know that her prayers would be answered in the most meaningful way.

While Ashley and I were talking, she shared that even though we see death as something very physical and final, death is actually something that happens all the time. Some of us are still there in the physical, and yet feel dead inside. Some of us may seem perfectly healthy, but feel that life is no longer worth living.

The process of death can take years, months or days. Death is not just about your last moments in your physical body, it’s about all of you. Your mind, body and soul, and how alive you feel at some point.

After feeling dead inside for so long and wishing her life, Ashley was diagnosed with ovarian cysts. Although the operation had to be simple, she ended up having multiple potentially fatal complications due to a large gauze pad left in her abdominal cavity.

The gauze caused him to lose his entire reproductive system and damage several organs. She also developed an autoimmune disease that ate through several arteries, resulting in 16 strokes and multiple seizures. Because her conditions were the result of medical malpractice, the doctors she went to refused to offer her treatment and care.

Despite, or perhaps because of, their refusal to help, the doctors suggested that Ashley put her affairs back in order. The prognosis was so bleak that Ashley ended up writing her will and prepaying her own cremation. After years of wishing her life, she was now looking death in the face.

In her desperation, Ashley turned to her spiritual guides for advice. Through her communications with them, they offered her advice on what to eat and how to manage the symptoms she was experiencing. They also took her to the only doctor who agreed to perform a very complex cardiovascular surgery that eventually saved her life.

You wouldn’t know it by looking at it, but the blood supply to both legs, his left arm and your brain now circulates through synthetic tubes in Gortex and Dacron. As part of her recovery process, she had to relearn to read, math and use the left side of her body again.

The whole process of death and survival that lasted a decade taught Ashley how to build a strong relationship with her spiritual guides. Through their daily communication, they taught him how to help others heal from abuse and how to help souls move to the other side.

Giving power to the living and helping the dying with compassion has become the passionate vow that Ashley has clung to in her darkest moments. It was this goal that gave her a new reason to fight for the life she once wanted. Everything suddenly took on a whole new meaning. Everything has become sacred and nothing has been taken for granted.

Through years of training with various Aboriginal healers, Ashley has learned to heal her decades of abuse and trauma and lead a much more fulfilling life as a healer and teacher of shamanic healing techniques and energy medicine.

After being the help and friend of many who are facing the end of their lives, Ashley shared these ideas about her process as Death Doula-

It is important to meet clients and see what would bring the greatest healing good to them and their loved ones. What are their spiritual or religious beliefs? What are their wishes, fears or expectations about death and the transition process?
Where does anyone need clarity and resolution? What does someone have to say or do to bring peace and closure to their lives? Who should they forgive? Who are they looking for forgiveness from? Who do they need to love or be loved? If this cannot be done in person, this resolution can be guided by the Death Doula at the soul level.
Where does the client think he’ll go when he dies? Where do they want to go? Who do they want to meet them on the other side? A Death Doula can help them with meditations or guided trips so they know how the time comes.
To help the body relax, a totem of death and spiritual animal is provided to help the person easily pass to the other side. She can also use the mandala or call on the animal at any time to bring peace or relieve any pain and suffering.
It is important that the loved ones give the soul permission to leave, many souls cling for the good of the family. Let the person know that everything they have done or have not done in their lifetime are forgiven, that they have done their best and that they now have the person to let go.
At any time during the transition process, a Death Doula can help relieve pain and lighten the client’s vibrations by eliminating and unrolling his chakras in a certain way so that they can get out through their cardiac chakra or more.
After the last breath, Death Doula can meet this soul in the other reality and guide it to the angels and ancestors who await them. Once the soul is escorted to safety, the Death Doula can then seal the chakras.
It is the dying process that not only taught Ashley life and passion, but also who and what is of value to her.

While many are waiting for death to strike to realize what is really important, wouldn’t it be much more powerful to start this process now?

To live life to the fullest is not to be careless, it is to live in a place of meaning and to feel truly grateful for the gift of life. It’s about knowing who you are and letting yourself be guided by your own truth.